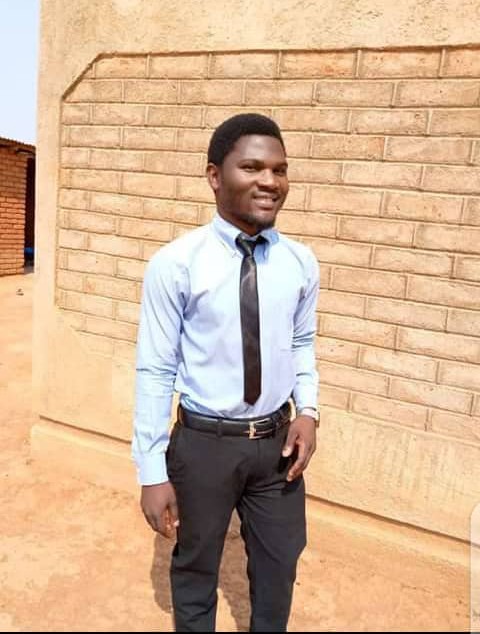 Blessings Nyondo, a student of The Polytechnic College who was shot by a security guard on the night of 31 December 2020 near Kwacha roundabout, has died.

His father, Getson Nyondo, has confirmed.

On 4 January, Malawi Police Service released a statement saying that the younger Nyondo was a suspect in a robbery that happened on New Year’s Eve, pointing out that he was shot by a Malawi Broadcasting Corporation security guard at Njamba in Blantyre after a scuffle with the guard and a Police Mobile Service officer.

However, the family insisted that the deceased was on his way to a religious crossover service but was shot using a pump gun with pellet bullets for being mistaken as a mugger.

I have spoken to Blessings’ father, his cousin and listened to voice notes which he recorded for me to listen. As such, I have been prompted to write something because of statements being made by the Malawi Police Service (MPS) which are contradictory to the knowledge I have and conflict with the conscious I have on what could be the truth.

From Blessings himself, on the said night he was on his way to a cross over night at Pastor Ziba’s church wearing a suit. While around the roundabout ,he saw men behind and in front of him. He also saw them attack a woman and came after him. They ruffled him up but somehow he managed to escape and saw an MBC car approaching. He stopped in front of the vehicle and as the men were still chasing him, he opened the front door and entered.

It was at this point that the MBC security officer and a police officer began to question him. They called him a thief. He told them he was not and asked them to take him to a police station so that it could all be cleared up there as his life was in danger. He was dismissed and told to get off. The police officer then pointed a gun at him and said, “you know I can shoot you?”

Fearing for his life, he alighted the vehicle and attempted to run. He heard a gunshot and fell to the ground but he was still conscious. The thugs who had been after him, began to touch his pockets and attempted to take off his wrist watch.

The men in the vehicle noticing that they may have shot the wrong person went to were he was. Blessings pretended to be unconscious as he was unaware what their intention was. He heard them debate: how does a thief wear a suit? one asked. The other said, some thieves look like this. Should we finish him off or take him to the hospital? They debated and after a while took him to Queens.

There they left him saying, “this is a thief”. They did not stay nor place him under arrest. While there, he was ignored because of what the police officer had said in calling him a thief. Blessings was in pain and it was only when she asked some woman there for help that he received morphine. Afterwards, when they had fully identified him, he was attended to.

The police never arrested Blessings and to my knowledge as of this moment, he is not under arrest or any guard. Yesterday, he received surgery and he is battling for his life. The sad thing is if Blessings makes it, he will be permanently paralysed. He has died a painful death may you soul rest in peace.