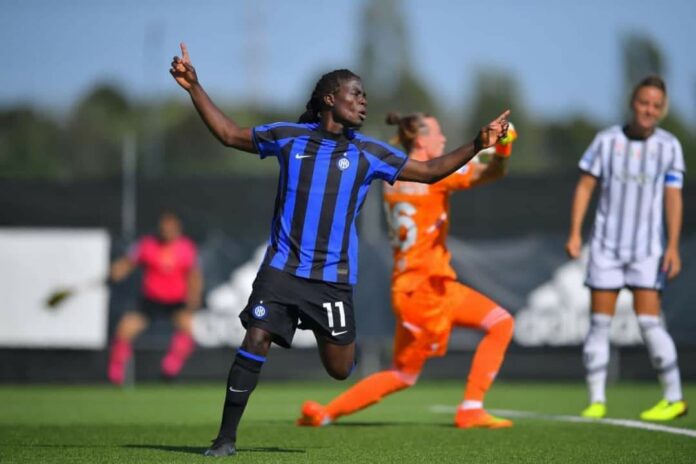 Chawinga scored in the 46th and 61st minutes of the match, to put Inter level following a poor first half result. The Milan women went for a break trailing by 2 goals to nil.

The game ended in a 3-all draw. The brace means Chawinga has scored 3 goals in 2 games for Inter Women. Her first strike for the club came on her debut, in a 4-1 victory over Parma last month.

The Malawian international was playing in China where she won three golden boot awards in five seasons.

The former DD Sunshine star is currently on loan at the Italian giants from Chinese Wuhan Jiangda. Should she mantain her impresive form, a permanent deal is something Inter Milan will hardly hesitate to offer her.