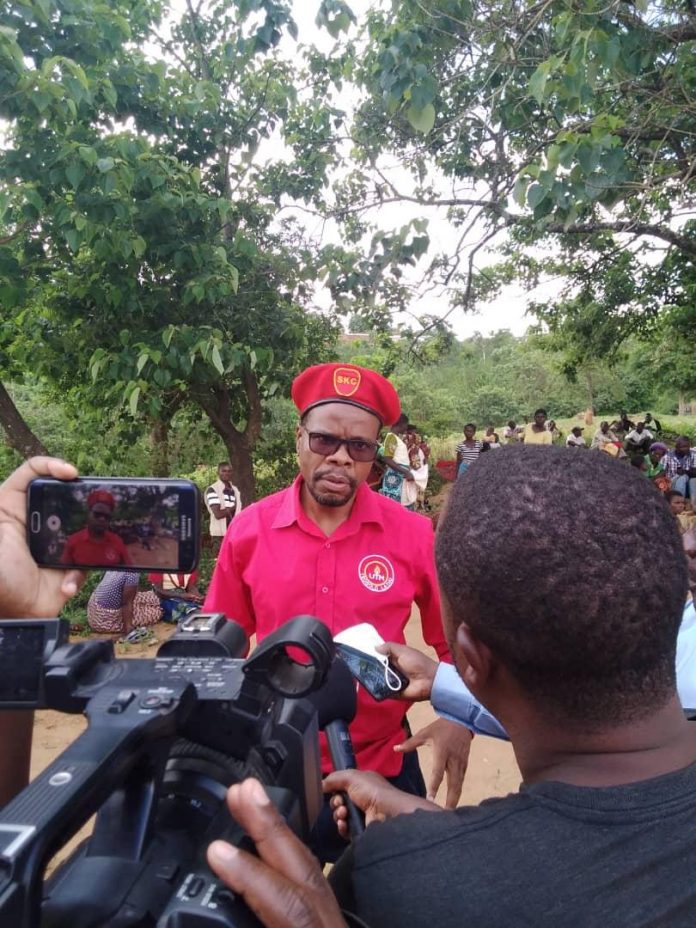 In his words, Njawala expressed happiness that the Tonse Alliance manifesto is now coming to pass. He further said the fact that the manifesto is being fulfilled is a reason enough to say UTM has the welfare of Malawians at heart.

“We want these people to be uplifted. We do not want to give them handouts. Through a project like this, the people of Mwanza will be self reliant. This is what UTM is advocating for.” Said Njawala.

Speaking to the beneficiaries of this project, Njawala pleaded with them to use the seed wisely so as to benefit fully. He also spoke against the attitude of laziness and tendency of crying out for handouts.
“The seed you have been given is meant to benefit you in a number of ways. Since we have a readily available market for the produce, this gives a readily available source of income for your households.” He said adding that this initiave also adds value to the creation of one million jobs as per the Tonse Alliance manifesto promises.

Speaking after receiving the seed, one of the beneficiaries of this initiative Mrs Mfune, said this initiative is what many people in Mwanza district have been looking forward to. She said many farmers in the district do not have readily available markets for their produce.

“It is an encouragement to us to hear about this good news. We are all excited to know that we have a ready market for produce.” She said.
During this event, Njawala distributed chick-peas and bean seed to over 2,400 farmers. The seed that is to be distributed to Mwanza cooperative is valued at K35 million. Formulation of cooperatives and mega farms are some of the campaign promises of the Tonse Alliance.