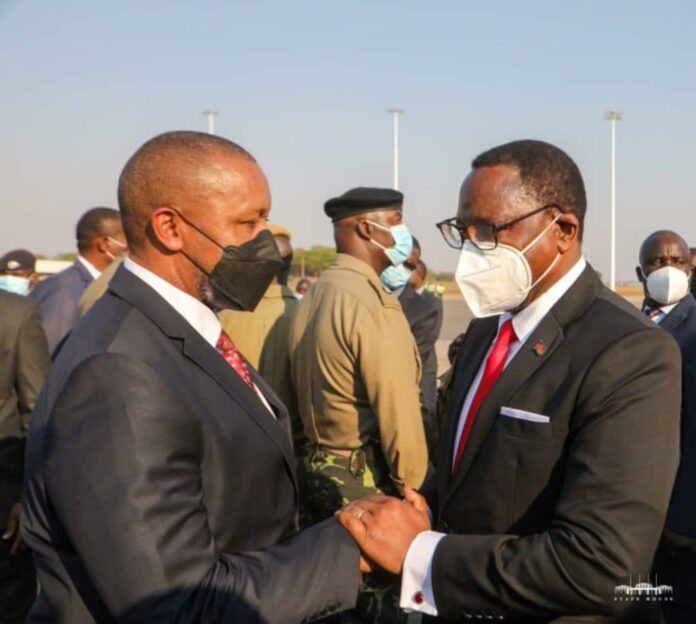 President Chakwera has returned from a working tour that started with Kenya, then United States and finally United Arab Emirates.
The schedule in the US included attending the United Nations General Assembly (UNGA), bilateral talks with the US government and several high-level meetings with heads of international development institutions and investors from across the globe.

After the General Assembly, he headed to Washington DC for the signing of the $350 million compact for Malawi under the Millennium Challenge Corporation (MCC) and bilateral talks with US Secretary of State Antony Blinken.
Thereafter, he had audience with Managing Director of the World Bank Group, Axel van Trotsenburg, on the $1.5 billion investment package for Malawi.

On the final leg of the tour, he made a stop-over in Abu Dhabi for bilateral talks with the Royal family.

Speaking on his arrival at Kamuzu International Airport, Chakwera said that Malawi will benefit greatly from all the investments that have been wooed for many sectors such as transport, education, health, energy, agriculture and sports. “These deals will help us actualise the dream of a self-reliant and inclusively wealthy nation within the next four decades”.