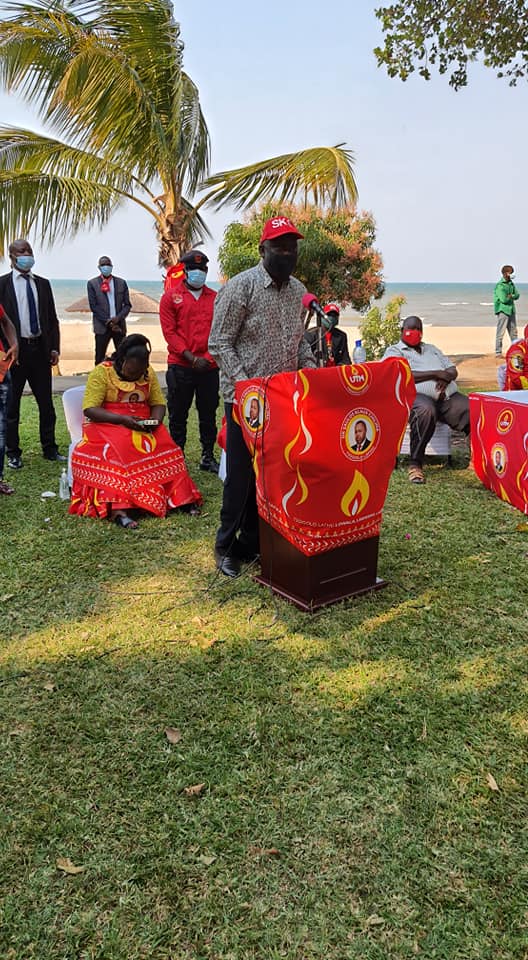 Mwenifumbo favours UTM ahead of MCP in Tonse Alliance. Former Parliamentarian for Karonga Central Constituency, Frank Mwenifumbo has joined UTM Party of State vice-president Saulos Chilima on whose ticket he wants to contest for in the coming by-elections. Mwenifumbo will be bearing UTM torch in his campaign for the position which he will face Malawi Congress Party (MCP). The seat in the constituency fell vacant following the demise of honourable Cornelius Mwalwanda of MCP.

Mwenifumbo had earlier resigned from AFORD and communicated with the leader Enock Chihana.

UTM Publicity Secretary Chidanti Malunga welcomed him at a ceremony in Karonga. In his opening remarks, Malunga described Mwenifumbo as a good leader with vast experience in politics. He further said that UTM is lucky to have such kind of a high caliber person joining them and every party in the country would be happy to have such type of people joining them.

Mwenifumbo said that together with his group have decided to join UTM as it’s the only party that has great vision for Malawi. “Some who have little knowledge in politics will say am a prostitute”. However a great politician will always follow the voice of his people. If my people see the great vision in UTM, who am I to be the opposite? Apart from that, UTM and I have the same vision for the love of Malawi hence the decision.