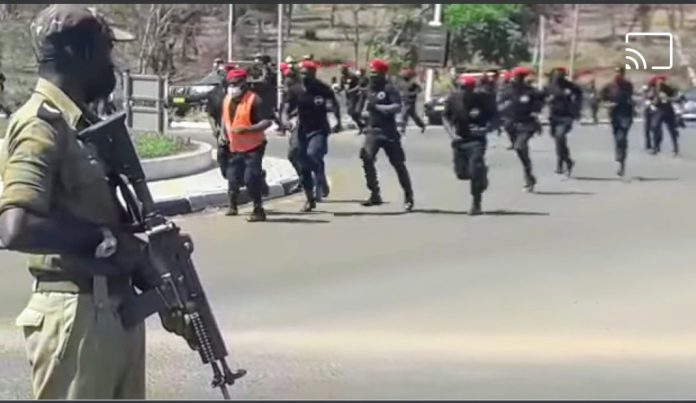 The Malawi Congress Party (MCP) has been heavily criticized for allowing its youthful loyalists to join President Lazarus Chakwera’s motorcade on Tuesday.

Malawians believe that letting untrained people to get near the president in the name of protecting him puts his life at risk.

Social media influencer Onjezani Kenani said those who want to harm the head of state can infiltrate their group and get near him.

“That conduct actually endangers the life of the president and compromises his security. The youth are not an organ mandated to guard our head of state. Anybody wanting to harm the president could infiltrate their group to get closer to him,” reads his post partially.

Lonnex Kachamba said the party should refrain from accommodating everyone in the name of loyalty.

“You cannot accommodate everyone from Nsundwe Barrack, let others venture into irrigation and stop that nonsense.”

In response to the matter, MCP director of youth Richard Chimwendo Banda bemoaned the behaviour of the youth and warned them to stop that.