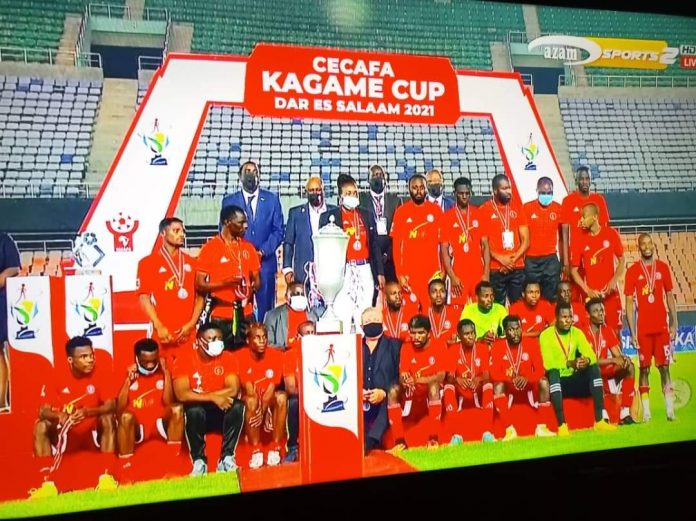 The Cecafa Kagame Cup 2021 tournament has ended in tears for Bullets FC following their 1-0 loss to Ugandan side Express FC.

The sad moment came in the 22nd minute when Martin Kizza’s strike proved to be too powerful for Bullets’ goalkeeper. The people’s team fought hard but their efforts ended in vain.

It was the two teams’ second meeting in the competition. They first met in group stages and it ended in a one all draw.

Despite the loss, Bullets pocketed $20, 000 for finishing second in the competition. Some of their players were also decorated with individual awards.