Home Gossip Malawians demand the head of a foreigner 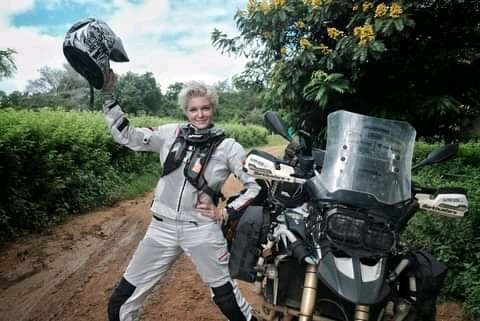 A foreign woman identified on Facebook as “on her bike” has irked Malawians following her comments against the country’s iconic water body.

The woman claims that she got infected with Bilharzia as a result of swimming in Lake Malawi.

“It all started with Bilharzia as a result of swimming in Lake Malawi, which led to a bladder infection, followed by a urinary tract infection, and on top of that, I got shingles,” She claimed.

This has drawn rage from the citizenry that they want her to make a formal apology to the nation for defaming physical feature.

Others believe she came swam in the lake while sick, hence she is not in a position to make such disparaging remarks about the lake.

“Thousands of people have posted about swimming in Lake Malawi before, are you the first one to get the shingles? Perhaps it’s not Lake Malawi, perharps you had the infection already before visiting Malawi,” commented musician Gwamba.

Youthful politician Yongo also commented, “swimming in Lake Malawi doesn’t cause Bilharzia. You came with your own sickness, deal with it and don’t blame Lake Malawi.”

Lake Malawi is fifth largest fresh water lake in the world by area. It is also the third largest and second deepest lake in Africa. It attracts a substantial number of tourists who visit the country.