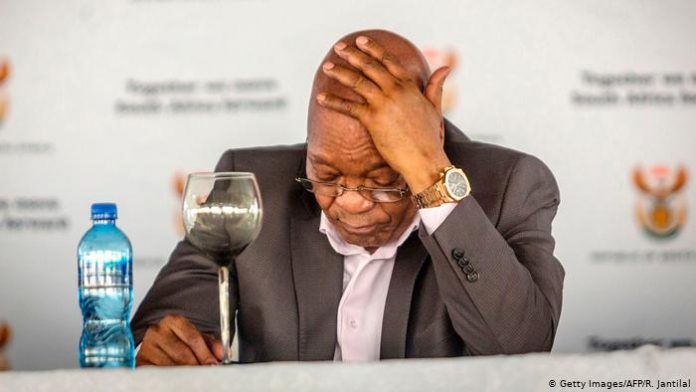 Jacob Zuma, the former president of the Republic of South Africa, has been sentenced to 15 months in prison for contempt of court after failing to appear before a corruption inquiry earlier this year.

Zuma, 79, who was the president for nearly nine years until 2018, was not present to hear the South African constitutional court deliver its ruling and sentence.

The judge ordered the former president to hand himself in within five days. If he fails to do so, police will be ordered to arrest him and ensure he is “delivered to a correctional centre,” Judge Sisi Khampepe said.

Zuma failed to appear at the corruption inquiry led by the deputy chief justice, Raymond Zondo, in February. The inquiry is examining allegations of high-level graft during Zuma’s period in power. The veteran politician denies wrongdoing and has claimed Zondo is conducting a personal vendetta.

The corruption inquiry was set up by Zuma himself, under pressure over mounting scandals, shortly before he was ousted in 2018 by the ruling African National Congress (ANC).

But he testified only once, in July 2019, before staging a walkout days later. He ignored several invitations to reappear, citing medical reasons and preparations for another corruption trial.