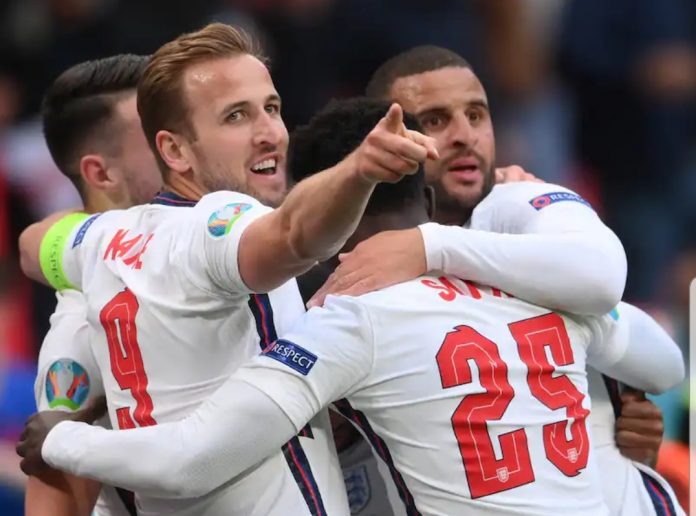 England’s 55-year wait comes to an end for a knockout tie victory over Germany to reach the quarter-finals of the European Championship in front of more than 40,000 fans at Wembley.

Raheem Sterling put England in front in the 75th minute when he placed Luke Shaw’s cross into the bottom right corner, sparking delirious celebrations in London.

Captain Harry Kane made sure of victory 10 minutes later when he headed in substitute Jack Grealish’s drilled cross.

Germany had earlier missed a huge chance to equalise when Thomas Muller dragged his shot wide of the left post after racing through one-on-one with goalkeeper Jordan Pickford, prompting Sterling – who had been dispossessed in midfield in the build-up – to fall to his knees in relief.

It is the first time England have beaten Germany in a knockout tie at a major tournament since the 1966 World Cup final.