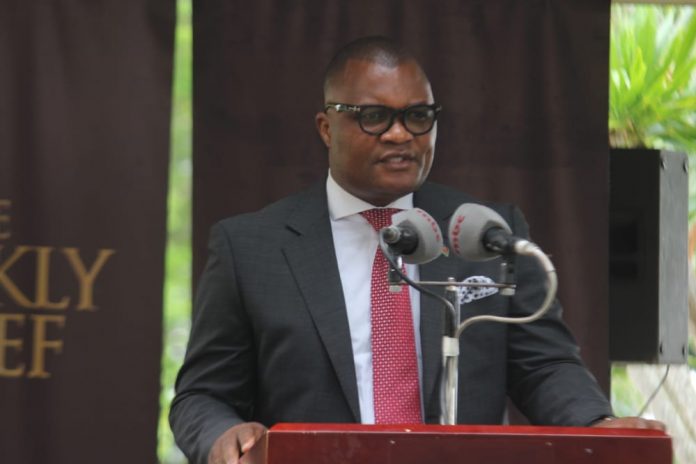 State House Press Secretary Brian Banda has said the Tonse-led government has done some development activities in Malawi, in it’s one year of running the country.

Speaking during the state House weekly briefing at Kamuzu Palace in the capital Lilongwe, Banda cited a number of the administration’s achievements.

According to Banda, the government under the leadership of President Lazarus Chakwera has achieved the following, extending the tax free bracket to K100, 000. Raising the minimum wage from K35, 000 to K50, 000.

He added that K260, 000 families are receiving K35, 000 on monthly basis to cushion them from effects of Covid-19, and respect of the rule of law which sees the president appearing before parliament to answer questions.

This comes after the Chakwera led administration has been facing heavy criticism from the citizenry for it’s failure to uplift the nation’s economic status. On Sunday, former President Peter Mutharika joined malawians in criticizing the government for not fulfilling campaign promises.

According to Mutharika, Chakwera has become a king of thieves which is derailing the country’s economic progress. He also cited the rising cost of living.

State House Director of Communications, Sean Kampondeni has said some of the issues raised by the DPP leader will be ignored because they are personal in nature.