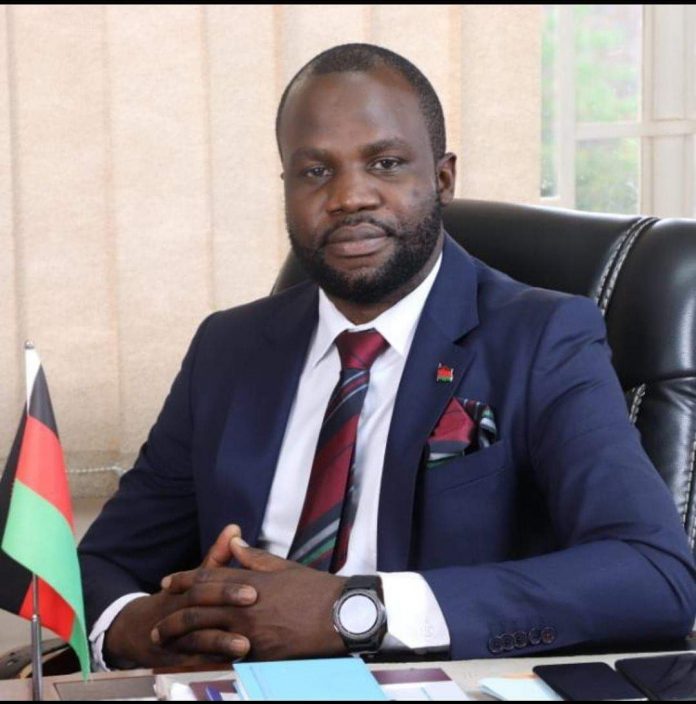 Minister of Sports and Youth Ulemu Msungama has denied using taxpayers money for his trip to India.

Msungama travelled to the Asian nation in pursuit of medical treatment. According to the Minister, he sustained injuries when he was playing social football for the parliament team.

Some quarters claim the youthful cabinet member used government resources for the travel in question. In response, Msungama said he used a medical scheme which he has with Medical Aid Society of Malawi (MASM) to undergo the treatment.

The leader further said, he started the medical process in Malawi using personal resources. He said, he first went to ABC clinic in Lilongwe where he was referred to Queen Elizabeth Central Hospital in Blantyre. Then he was instructed to go for a surgery outside the country and he opted for India.

Msungama claims he injured his leg, back, and the back of his head. However some people believe he went to India for hair transplant due to his picture which is circulating on social media. In the picture, a bandage is wrapped around his head.

Meanwhile, the Minister is back home. His trip has drawn mixed reactions from the public.

“The Minister is lying to us. He thinks we are kids to believe his story, he has to be investigated,” commented Boston Nkhokwe