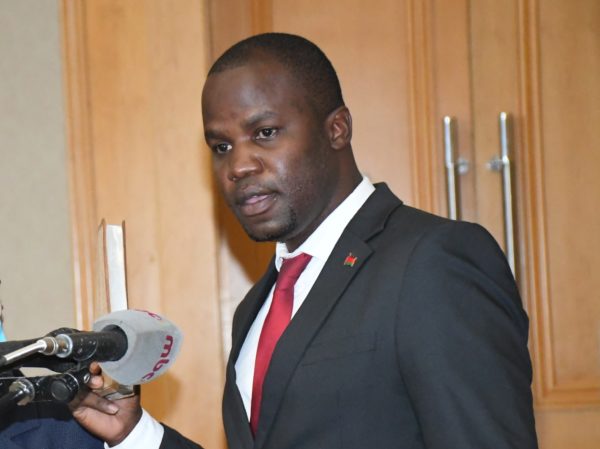 Minister of sports Ulemu Msungama has given super league outfit Chitipa United a financial boost having bought the club’s merchandize at a handsome price.

Msungama has purchased a replica jersey for the northern region based side at a whooping K500,000. The normal price for the product is K20,000.

According to the youthful minister, he has purchased the jersey at that price as a way of motivating others to support the struggling team. He believes other well wishers will rescue the side.

The team is selling it’s mechandize as a way of raising funds to cover for their operational costs. It is also planning to open a shop where all their products will be sold.

Others have raised concern over the exorbitant cost for the replica jersey. The concerned party believes the club has the rich community as it’s target market.

“K20,000 is way too much for local consumers. I don’t think most Malawians can sacrifice that amount of money for a single outfit,” reads one of the comments on social media.

Chitipa United is one of four teams from the northern region in Malawi’s flagship league. Other teams are military side Moyale Barracks, Karonga United and Mzuzu United.