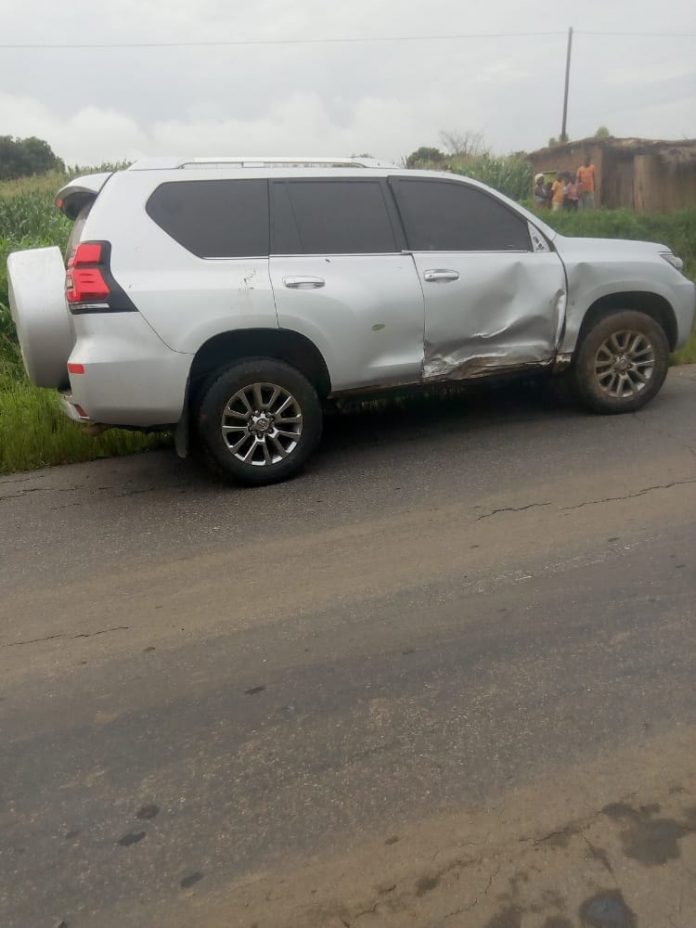 Robbers made an attempt to steal a CIC Ministerial vehicle for Minister of Civic Education and National Unity Timothy Mtambo last night.

The incident happened in Lilongwe, when the Minister’s personal driver was returning from Daeyang Hospital, where he was assigned to buy medicine.

According to reports, the driver was stopped by four men who were cladding full police uniform. When he rolled down the window, they told him that one of the back tires was flat. Then the driver stepped out of the car to check the tyre, and that is when the thugs started hitting him.

After a long cruising drive, the car hit a pothole at Bwengu in Rumphi and ended up in a maize field. Upon noticing that villagers were rushing to the accident scene, the thugs fled the scene leaving the helpless driver in the car.

Meanwhile, the driver is in the hospital where he is being treated of head injuries sustained during the attack. The car has been slightly damaged.