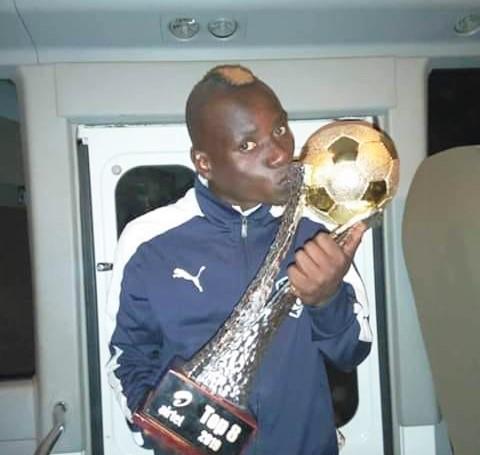 The former Silver Strikers hitman signed for Polokwane City which plays in the Premier Soccer League (PSL) earlier this year. Since joining that side, he featured in a single game just for 15 minutes.

Muyaba’s going in the PSL is getting tougher as he does not get included on the substitutes’ list. Speaking in an interview, his coach Clinton Larsen said the Malawian is taking his time to adapt to South African football.

Larsen added that he believes Khuda will get used to South African football. The coach acknowledged that Muyaba is working hard to blend in the system.

The controversial player scored a record number of 21 goals in Malawi’s domestic league last season, and emmerged as the tournament’s top goal scorer. His impressive performance propelled Polokwane to go after his signature.

Polokwane City has another Malawian in it’s squad in the name of Denis Chembezi. His story is different as he is enjoying game time at the side. Chembezi is a defender and he joined the PSL outfit from Mighty BeForward Wanderers.