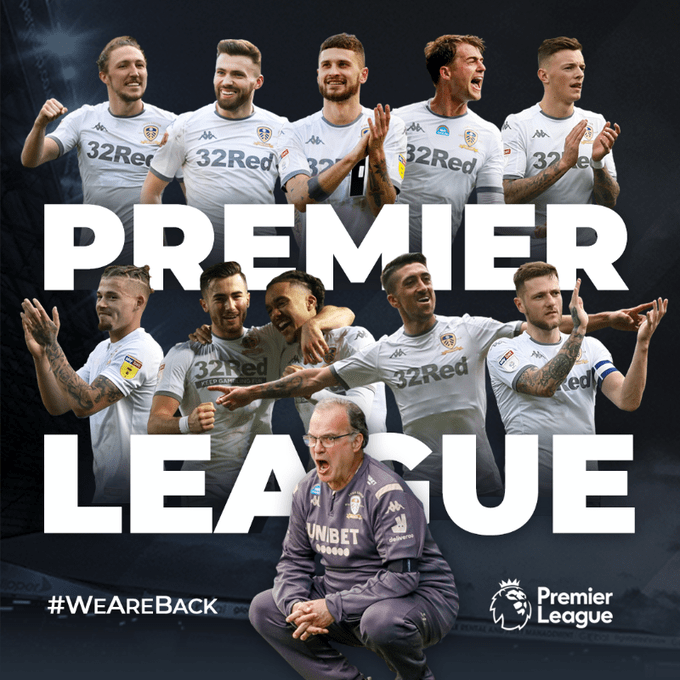 Leeds United thousands of fans gathered at Elland Road on Friday as a return to the premier league was confirmed when West Brom lost to Huddersfield Town.

Head coach Marcelo Bielsa, who will have a street named after him, was cheered into the stadium earlier.
Leeds also took the Championship title earlier as Brentford lost to Stoke.

Countless fans watched the historic moment from home and shared their joy online as promotion was sealed for the first time in 16 years.

Leeds captain Liam Cooper said: “With this group of players behind me I feel unstoppable, that’s how they make me feel.

“I didn’t get off to a great start with the club but since Marcelo’s come in, it’s changed me as a person and it’s taken my playing to a whole new level.

“Everyone involved it’s been a massive effort. Andrea came in and he had a plan, and they have allowed us to go and achieve our dreams. This smile is going to take some wiping off my face.”

A year on, a centenary has been celebrated and amidst a pandemic the passing of legends mourned. A new one now lives.

Marcelo Bielsa has led United out of exile and swept the stables along the way. Cleaner, fitter, smarter a team has been coached to greatness. He has restored pride and improved all around him. With his back against the wall in the Leeds style he did it his way, the right way.

Leeds United are back and football is better for it. The edginess and “nobody likes us, we don’t care” swagger will return too.