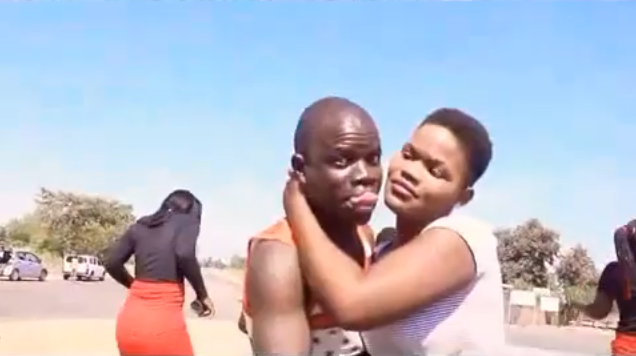 Malawi’s popular musician Joe Gwaladi has taken the audience by storm once again for producing an explicit song to satisfy marketing purposes for a drinking joint.

The song advertises a bar called Mtima which is situated in Phalombe district. In the song Gwaladi uses some foul words figuratively.

Kunyenga is a Chewa word which means deceiving or having sex if used in a different context. In the jingle, Gwaladi likens the act of having sex to drinking.

The video for the marketing song also leaves a lot to be desired for the religious inclined community. It exposes half naked women who demonstrate dancing in a very provocative way to attract men.

Gwaladi himself demonstrates sex skills with one the ‘models’ in the video, which has attracted negative comments from part of the audience.

Some people believe that the Ndinafa Bulu hit maker stooped so low by advertising the bar in a way that has potential to wreck his image. While others believe that Gwaladi is not in the wrong because he has been explicit since he rose to fame.