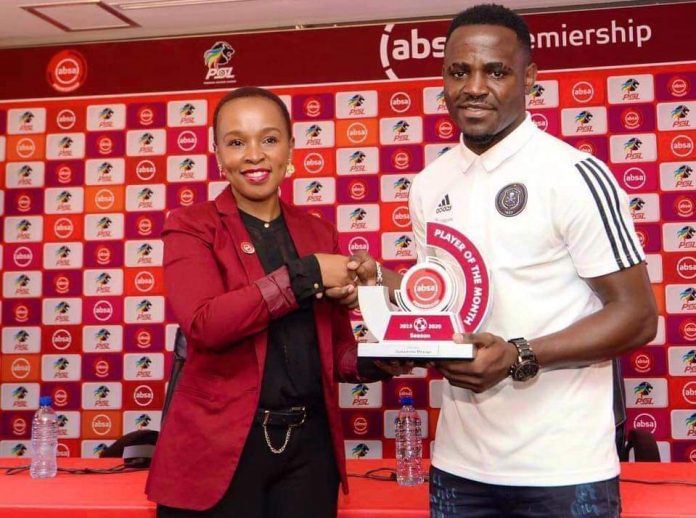 The 27 year old has become the first Malawian to claim a golden boot in South Africa’s top flight league, after scoring 16 goals. He shares the honour with Namibian Peter Shalulile.

The other Malawian who came close to emmerging top goal scorer was Essau Kanyenda when he was playing for Jomo Cosmos, from 2001-2003.

Gaba’s input has helped Pirates to finish 3rd in the league with 52 points, seven behind winners Mamelodi Sundowns. He almost lost the race to the golden boot having played more games without a goal after Covid-19 break.

His last two games were deciding factors for the Malawian international as he managed to score in both assignments. In the last two games, he punished Maritziburg and Stellenbosch.

Malawian football enthusiasts have described his achievement as a good development for local football. They believe if he will maintain his performance at national team level, the Flames will benefit alot.

“If Gaba will take his club performance to the national team, he will be of great benefit to Malawi,” said football lover Paul Kamuyambeni.