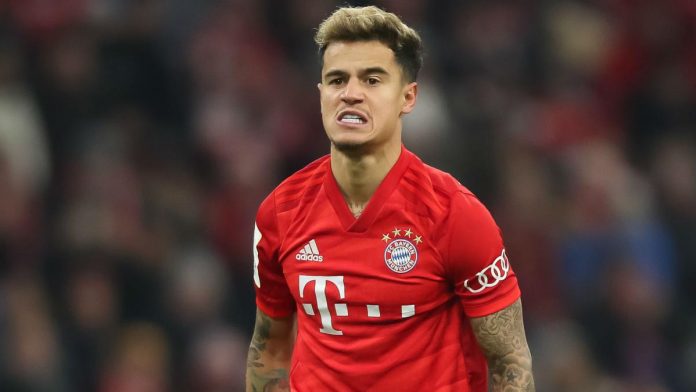 Philippe Coutinho will be able to play for Bayern Munich in the closing stages of the Champions League after the club reportedly reached an agreement with Barcelona to extend his loan deal.
The former Liverpool star’s original deal with the recently crowned German champions was due to expire on June 30, but the club have now managed to extend it for two months in the wake of the coronavirus crisis according to Sky Germany.

They have still not taken up their option to sign Coutinho on a permanent deal at the end of his loan agreement, and are unlikely to do so.

Coutinho has not featured for Bayern since the return of football as he recovered from surgery on an ankle injury, but he is now back in full training ahead of their final two matches of the Bundesliga season, with the club having wrapped up the title on Tuesday.He will then be able to play in the revamped final stages of the Champions League in August, which were announced by UEFA on Thursday.

The Brazilian’s long-term future remains unclear, with his agent Kia Joorabchian recently claiming that he would be happy to return to the Premier League, where he played for Liverpool for five years before a £142million move to Barca in January 2018.

Bayern still have to play the second leg of their Champions League last-16 clash against Chelsea having won the first leg 3-0 at Stamford Bridge.