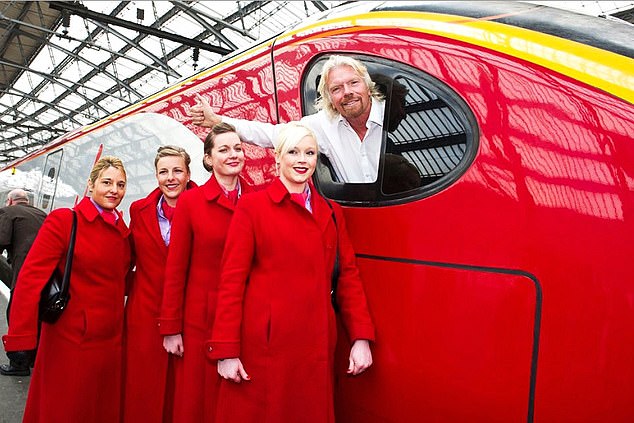 Sir Richard Branson has lost a High Court battle with the Government after being stripped of the lucrative West Coast rail franchise he ran for more than 20 years.

In another blow for the billionaire tycoon, a judge dismissed a case brought by Virgin Rail, Stagecoach and France’s SNCF against the Department for Transport (DfT) over various franchise bids.

Virgin joined the lawsuit after its joint bid with Stagecoach to renew their contract to run the West Coast Main Line, which runs from London to Glasgow, was blocked at the 11th hour last year.

The companies refused to commit to taking on the long-term pensions liabilities of rail workers, claiming it was the first time firms had ever been asked to do so. Stagecoach tried to sue the Government for acting unlawfully in the way it carried out the competitive process for the West Coast, as well as the South Eastern and East Midlands franchises.

But Mr Justice Stuart Smith yesterday dismissed the claims and said all of the bidders would have known that pushing back on the pensions element ‘gave rise to a serious risk’ of being disqualified.

This effectively brought an end to Branson’s long and profitable love affair with the railways, having run the West Coast franchise since 1997, the year Tony Blair came to power.

At the time, Branson said he was ‘devastated’ by the decision, which resulted in the distinctive Virgin-branded trains disappearing from the network in December.

At the time, Branson said he was ‘devastated’ by the decision, which resulted in the distinctive Virgin-branded trains disappearing from the network in December.

Virgin and Stagecoach lost the East Coast Main Line franchise in 2018, which was nationalised after they ran into financial difficulties.

Yesterday’s High Court ruling is the latest in a series of knocks for Branson, whose leisure and aviation empire has been turned upside down by the coronavirus crisis.

The 69-year-old entrepreneur, who founded Virgin Group in the 1970s, has been scrambling to save his airline Virgin Atlantic – even offering his Caribbean island as collateral to secure a financial rescue package worth more than £500 million.

Virgin plans to cut around 3,150 jobs as the airline industry struggles amid widespread flight cancellations and question marks about how long it will take for travel to return to pre-Covid levels.

Billionaire Bronson’s pleas for a Government bailout have so far been rejected by ministers and ridiculed by his critics.

The tycoon is also selling shares in his Virgin Galactic space tourism venture to raise cash to prop up the other group businesses.

A Virgin Group spokesman said about the failed West Coast legal case: ‘As a partner of SNCF and Stagecoach in the bid for the West Coast franchise, this ruling is not the outcome we hoped for, but we accept the decision.’

‘We would like to thank the incredible Virgin Trains employees for their outstanding customer service and commitment that enabled Virgin Trains to lead the industry for more than 20 years.’

Stagecoach said the company was ‘disappointed’ in the ruling.