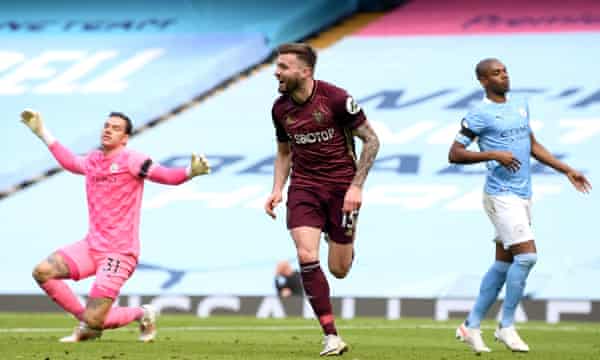 Leeds United played the whole second half with 10 men as they secured an outstanding win in stoppage time to slow Manchester City’s charge to the Premier League title.

Stuart Dallas put Leeds ahead against the runaway leaders in the first half with a shot that went in off the post.

Skipper Liam Cooper was then sent off for a challenge on Gabriel Jesus.

Despite a first defeat since 7th March, City are only 11 points from guaranteeing a third league crown in four seasons under Pep Guardiola, with six matches left.