Home Politics President Lazarus Chakwera has left the country on a 19-day trip to... 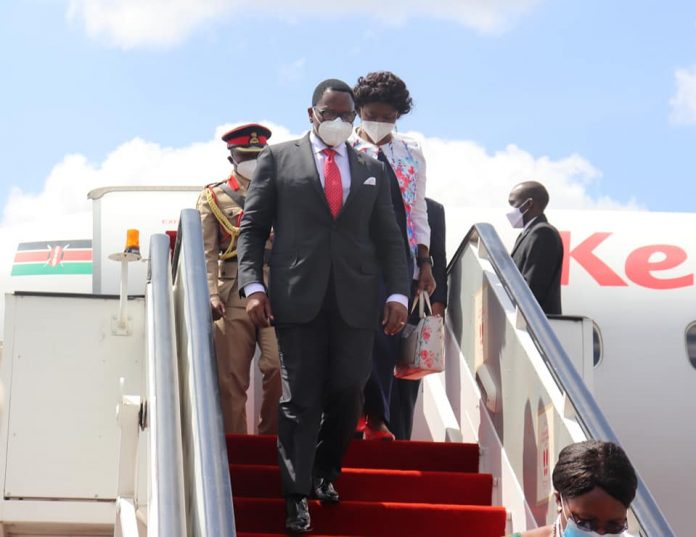 President Lazarus Chakwera has now arrived in Nairobi, Kenya for a three day state visit where he is expected to hold bilateral talks with his counterpart, President Uhuru Kenyatta and also meet various stakeholders for business talks.

He was, among others, met by cabinet ministers Dr. Michael Usi of Tourism, Jean Sendeza of Defence, Sosten Gwengwe of Trade and Malawi High Commissioner to Kenya.

Later in the evening, he is expected to meet the leadership of Malawians living in Kenya as well as meet in audience with the Executive Director for the UN Habitat. Chakwera’s visit is at the invitation of the Kenyan President, Uhuru Kenyatta. The two will have bilateral talks as well as hold public engagements later in the week.

From Kenya, the Malawi leader will proceed to Dubai and Scotland for various official engagements. In Scotland, he will participate in the high level segment of the 26th session of conference of parties to the United Nations Framework conversation on climate change.