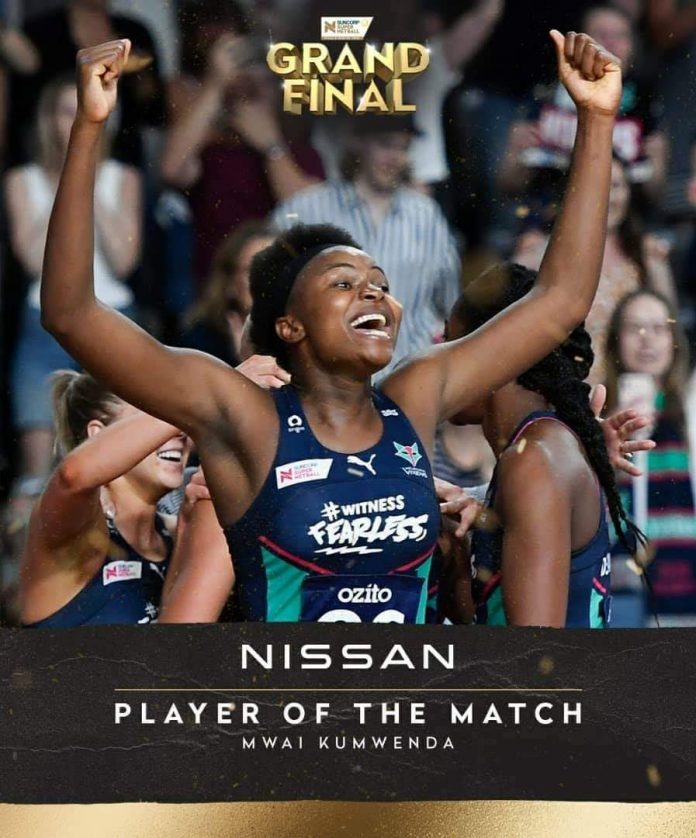 Malawi national netball team shooter Mwai Kumwenda has been voted player of the match after helping her side, Melbourne Vixens, win the 2020 Suncorp Super Netball championship.

Vixens lifted the title after beating West Coast Fever in a match played on Sunday morning.

The win caps off a big season for the Vixens who walk away with both the minor premiership and Super Netball trophy in a year that saw them competing away from home in a Queensland based hub.

Goal-scorer Mwai was the star for the Vixens and earned Player of the Match honours. She finished the game with 47 goals from 50 shots.