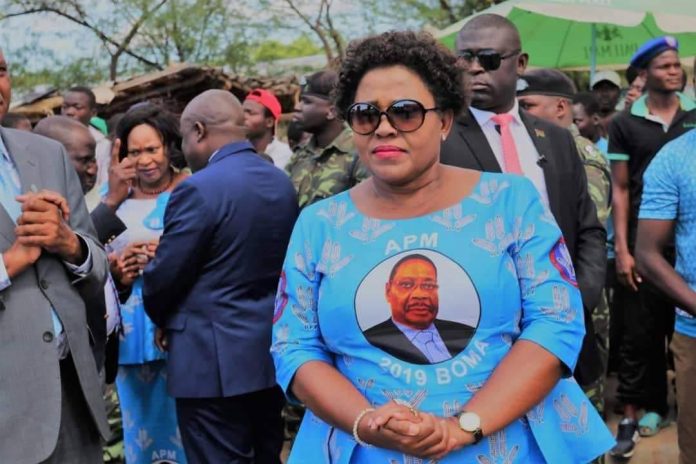 Former ruling Democratic Progressive Party (DPP) has kept a tight lid on the outcome of it’s emergency meeting which was held in Mangochi on Thursday.

The party’s leader Peter Mutharika called for the meeting at his retirement home in the Lakeshore district, after their Secretary General Grezelder Jeffrey refused to step down when she was relieved from her duties on Wednesday.

Jefu wa Jefule as she is fondly known was fired following remarks she made regarding DPP’s leadership. She was quoted as telling the media that Mutharika has done his part and plans were underway to organise a convention where leadership will be changed.

Having converged at Mutharika’s residence, the nation was eagerly waiting to hear resolutions that were made during the meeting. On the contrary, the media was given a cold shoulder.

At some point members of the press were chased from the premises as they were considered to pose a security threat to the former president.

It is not clear if Jeffrey attended the meeting. Speaking on a radio interview a day before the meeting, Grezelder challenged that she would attend.

DPP is facing division as one camp wants Mutharika gone while the other wants him to remain it’s leader. Bonafide members of the party want the party’s leadership to remain in the Lomwe belt which happens to be it’s stronghold.