Home Politics MCP youth marches against their own leaders for nepotism 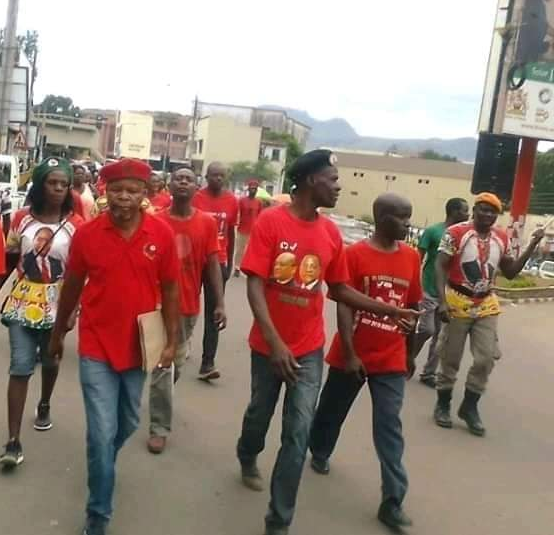 Hundreds of Malawi Congress Party (MCP) youth had on Saturday marched against the party’s secretary general Eisenhower Mkaka and director of the youth Richard Chimwendo Banda, accusing them of nepotism and favouritism.

The youth’s grievances against the leaders are about the unfair employment which is taking place in the new government as it has been noticed that jobs are being offered to the top officials relatives and tribesmen.

The accusations also include the State House chief of staff Prince Kapondamgaga according to the youth’s protests.

Speaking to Low Profile Malawi, one of the youth said that they played a huge role in ushering President Lazarus Chakwera into power and were promised jobs and business loans.

One of the prominent figures that has also been poured black paint is the party’s vice president Sidik Mia who has been heavily criticized for offering employment to his relatives and friends.

The youth are demanding access to the National Economic Empowerment Fund (NEEF) in addition to fair employment for all the people across the country regardless of their tribe or region of origin.