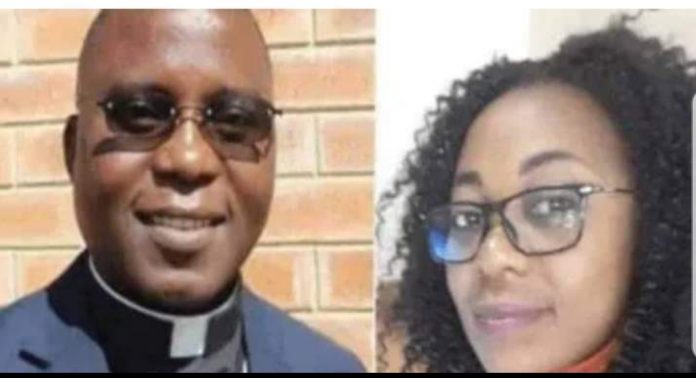 A married woman has died in a Catholic priest’s house in Lusaka, Zambia after she had lied to her husband she was going to a funeral.

The woman is a member of the Catholic Women’s league from St Maurice Catholic Church in Lusaka.

The church has since suspended Rev. Father Abel Mwelwa and also forced him to pay for the funeral expenses following the incident.

Archbishop Alick Banda eventually suspended the Clergyman as the Judicial Vicar of the Archdiocese of Lusaka moments after the death occurrence became public.

Reports say the woman died after the priest injected some substance into the deceased. This was in an attempt to abort her pregnancy.

The woman’s family is demanding a proper police investigation into the cause of death.