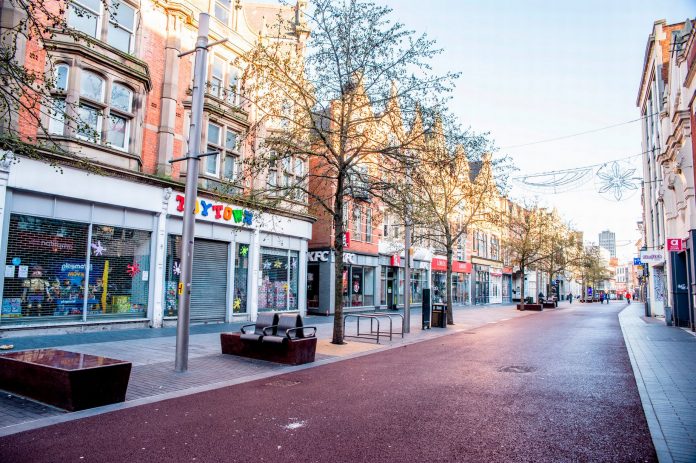 Stricter lockdown measures have been announced in Leicester because of a rise in coronavirus cases in the city.

Health Secretary Matt Hancock said non-essential shops will shut on Tuesday, and schools will close for most pupils on Thursday.

The loosening of restrictions for pubs and restaurants in England on Saturday will also not be taking place.

Mr Hancock said Leicester accounted for “10% of all positive cases in the country over the past week”.

He told the House of Commons on Monday evening: “We recommend to people in Leicester, stay at home as much as you can, and we recommend against all but essential travel to, from and within Leicester.”

The secretary of state added the new local measures would be in place for at least two weeks, but kept under constant review, and “we will not keep them in place any longer than is necessary”.

Mr Hancock said the number of positive coronavirus cases in Leicester was “three times higher than the next highest city”, and the relaxation of shielding measures on 6 July – which will allow the most clinical-vulnerable to spend more time outside – will also not take place in Leicester.

He said the decision to close non-essential retail was based on clinical advice, and added that “children had been particularly impacted” by the local outbreak and the risk of Covid-19 being transmitted by children is the reason why schools will be closed.

“To be clear, children have very, very low risk of suffering from Covid themselves but we have been looking at the proportion of children who have tested positive and therefore may be transmitting the disease,” he said.

Five Leicester schools have closed since the beginning of June because of the number of coronavirus cases and the wider closures from Thursday will affect most pupils, but children of “critical workers” and those classed as vulnerable will still be able to attend.

Leicester City Council said the new “stricter lockdown restrictions” would be in place for “at least two weeks”, and it was working to establish which other parts of Leicestershire would be affected.

The authority said in a statement: “The latest figures obtained by the city council show that 3,216 Covid-19 cases have been confirmed in Leicester since the start of the epidemic. Of these, 944 cases were reported in the last two weeks.

“These figures include the number of patients and staff testing as positive in hospitals… and positive cases identified in testing centres.”

Mayor of Leicester Sir Peter Soulsby said the measures imposed by the government were “stricter than we anticipated but we understand the need for firm action”.

He said: “[The government] are clearly determined to start with the maximum, as it were, to see how it works and then perhaps to use the learning from this in other areas I have no doubt will follow.

“I can understand it from [the government’s] perspective – they are entirely convinced that the level of the transmission of the disease in Leicester is at a higher level than I think the figures show.”