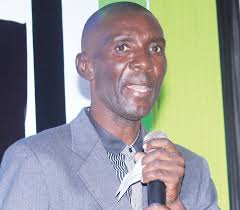 Speaking to South African football magazine, kickoff, a few days ago, Gondwe expressed his regrets for spending a fortune he was getting from Sundowns on booze and prostitutes.

Now a pastor in Malawi, the former Bullets engine controller has been using his experience to advise the youths on making sound decisions in life.

The pastor does encourage young footballers as well to invest their resources. He also encourages young sportsmen on spiritual matters.

Gondwe is one of a very few Malawian footballers who had the chance to ply their trade with the Premier Soccer League giants. The other notable star is his former Flames position-mate Ernest Mtawali.

Gondwe and Mtawali are considered to have formed a formidable midfield during their playing days. No wonder their talents were enough tickets to one of Africa’s top teams.