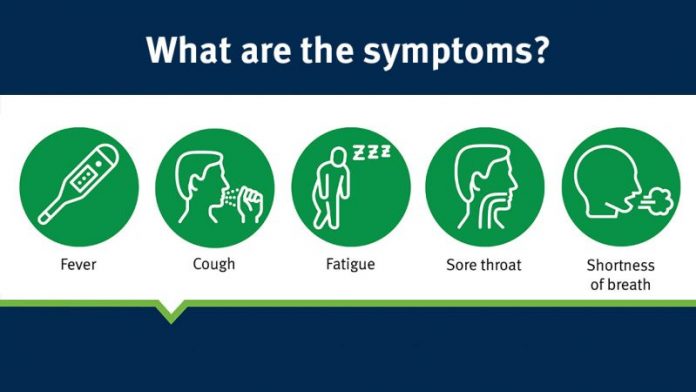 A new coronavirus that emerged in China late last year has spread to at least 188 countries on six continents, with the World Health Organization (WHO) declaring the outbreak of the pathogen a pandemic.

More than 393,000 people have died from the virus worldwide and the number of reported cases has exceeded 6.7 million, according to data compiled by Johns Hopkins University. More than 2.7 million people have so far recovered.

Thought to have been transmitted to humans from an as-yet-unidentified animal source, the new virus spreads primarily through respiratory droplets, such as those generated when an infected person coughs or sneezes.

On average, it takes about five to six days for someone to show symptoms after becoming infected. However, some people who carry the virus remain asymptomatic, meaning they do not show any symptoms.

The virus multiplies in the respiratory tract and can cause a range of symptoms, according to Dr Maria Van Kerkhove, who heads the WHO’s Health Emergencies Programme.

“You have mild cases, which look like the common cold, which have some respiratory symptoms, sore throat, runny nose, fever, all the way through pneumonia. And there can be varying levels of severity of pneumonia all the way through multi-organ failure and death,” she told reporters in Geneva on February 7.

However, in most cases, symptoms have remained mild.

A study of 138 patients infected with the new virus in Wuhan, published in the Journal of the American Medical Association (JAMA) on February 7, showed the most common symptoms were fever, fatigue and dry cough. A third of the patients also reported muscle pain and difficulty breathing, while about 10 percent had atypical symptoms, including diarrhoea and nausea.

The patients, who ranged in age from 22 to 92, were admitted to the Zhongnan Hospital of Wuhan University between January 1 and 28. “The median age of patients is between 49 and 56 years,” JAMA said. “Cases in children have been rare.”

While most cases appeared to be mild, all the patients developed pneumonia, according to JAMA.

About a third subsequently developed severe breathing difficulties, requiring treatment in the intensive care unit. The critically ill were older and had other underlying conditions such as diabetes and hypertension.