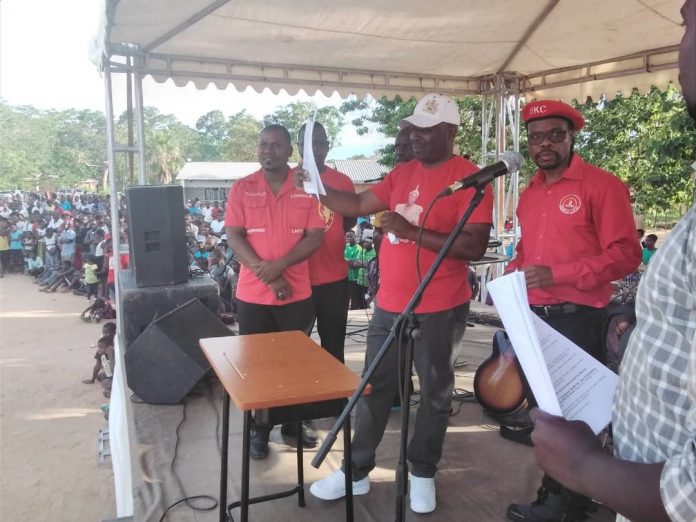 A legumes co-operative that will empower local farmers to engage with buyers and get market for their produce has been launched in Mwanza.

The launch of the co-operative comes at a time when the Tonse Alliance government is walking the talk on what they promised in their manifesto.

Speaking during the launch, UTMs Presidential Campaign Chairperson Hon. Felix Njawala challenged farmers in Mwanza to work hard and utilize this opportunity as it is timely.

“The good thing about this programme is that the chiefs, farmers and the buyers have signed a contract and everyone is satisfied and ready to honor his or her part in the contractual agreement” Njawala said.

According to Njawala, more than 2500 farmers in Mwanza alone will benefit from this initiative.

On his part Snr Chief Kanduku said he is impressed and honoured considering that the project has started in his area.

“Let me warn some politicians that they should not politicize this project instead let them come and support what Hon. Njawala has started so that people in Mwanza should benefit” Snr Chief Kanduku said.

The launch was spiced up by the famous Chileka based band, The Black Missionaries and Anthony Makondetsa.